Elizabeth Banks stunned watchers viewing The Graham Norton Show with an absolutely sudden joke about Prince Andrew. Showing up on the show nearby Ricky Gervais, Kylie Minogue and Lewis Hamilton, Graham endeavored to humiliate the on-screen character with a funny return photograph from her teenagers, brandishing a snazzy white polo neck with coordinating white bands with her hair in its normally wavy state. ‘That is my hair,’ Elizabeth snickered, with Ricky Gervais kidding: ‘Sorry, that is a tree behind you?’ ‘That is Marge Simpson hair,’ Graham included. ‘Be that as it may, look how glad I am,’ Elizabeth included. ‘I made that neckband myself, I was not so much permitted to wear circle studs until I was more seasoned, those were presumably a portion of my first loop hoops.’ Pointing at the hand prowling in the image, Graham stated: ‘I’ve just barely seen this hand, is it somebody saying, “you’ll lament this photo.”‘

Elizabeth’s remark was made even more amazing given the show’s top pick list of attendees, with watchers thinking about how the Charlie’s Angels executive had by one way or another figured out how to make the most incredible joke on a couch that included Ricky Gervais. 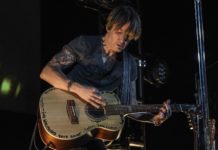 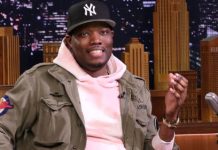 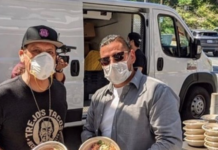